Welcome to DigitalDin.com - thanks for visiting! close ×
+
Second Story - "sometimes"

‹ Din Within – Awaken the Man 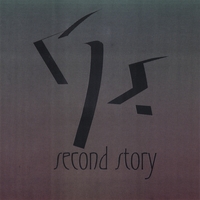 Vocalist / flutist Danielle Capoferri fronts the five-member Second Story, whose material is laden with Lilith-Fair leanings — misty lyrics in a moor of moody, minor-key melodies. The accomplished group capitalizes on Capoferri’s haunting vocals.
Genre: Rock: Adult Alternative Pop/Rock
Release Date: 1998
“The vocals on this CD deserve a special mentioning. Female lead singer Danielle Capoferri has a beautiful and strong voice that reminds of that of Joanne Hogg (Iona) – especially in the quieter and more reflective moments – and of Anneke van Giersbergen (The Gathering) in the darker moments. Also excellent is the use of harmony vocals of three other band members, which evoke parallels to Echolyn… All in all a strong CD, well recorded and well written. This should appeal to a wide audience.”

“Progressive rock fans of bands with stunning female vocals in the Northeastern corner of the United States that have discovered the up and coming sounds of Second Story are a very lucky breed. The band’s self-titled and independently produced album is technically superb. Featuring twelve tracks that illustrate their collaborative breadth, it also demonstrates the members’ individual versatility.
With tremendous lead vocals, wonderful vocal harmonies and excellent instrumental work, Second Story’s debut album is certain to attract many listeners and be selected as one of the finest recordings independently released by a new artist this year. A must listen!”

“Second Story, known for its unique sound and make up… somehow seems to fuse all these components together to create an incredible sound… Working together to create their sound and lyrics, the CD is a symbol to years of (their) hard work and determination to get where they are today… With the amount of talent that makes up this band, their CDs can only get better and the trip can only be nicer. Listening to their CD it was easy to pick out what songs seemed radio friendly, but I felt, “why limit myself.” Each song is one to be listened to; each song tells a story and finds a means to its end.”

“While on the topic of good music and other acts, let me comment on a local Philly band Second Story… After the (November Project) World Café taping I went with two other NP fans to a little club called La Tazza to check them out. There had been parallels drawn between them, Grey Eye Glances and October Project, so I wanted to see what they were all about. Well despite horribly muddy acoustics in this downstairs venue I really enjoyed what I heard… I did purchase their self-titled CD, and can see some similarities to GEG in their studio sound. I actually would classify their style as somewhat of a throwback — you’ll hear lot of harmonies, synthesizer,and even a little bit of flute thrown in for good measure.”

“The thing that I love most about reviewing music from the internet is that on occasion the songs I listen to break free from the monotonous source of predictable dross that is the radio. ‘Sometimes’ by Second Story proved to be one such experience. Ahh, fresh, creative music! What we have here is a song that is extremely energetic, tight and for the most part, well produced. As a consequence, the song captures your interest and you’ll find yourself tapping along. There are many great elements in ‘Sometimes’, and importantly the fundamentals such as song writing craftsmanship and instrument skill are strongly present.”

“This CD should have been on the progsection but I thought all you AOR guys out there should read this as well. It’s a quite nice little piece of plastic I have in my hand…. nice performed progressive pop/aor with Danielle Capoferri behind the microphone.Midwestern Skies I have always thought prog music is nice with girls behind the mic. So check this up if you enjoy the softer part of prog when it meets AOR…sure a tasteful indie – CD that makes me wanna hear more in the future.”

“Vocalist / flutist Danielle Capoferri fronts the five-member Second Story whose material is laden with Lilith-Fair leanings — misty lyrics in a moor of moody, minor-key melodies. The Pitman, NJ-based band capitalizes on Capoferri’s haunting vocals, recalling the stately art-rock of Renaissance, October Project, and Sarah McLachlan; Second Story’s live shows, however, have included such surprises as a note-perfect cover of Kansas’ “Carry On Wayward Son.”
Visit the band’s web site for more info on biographies, upcoming appearances, and where to get this impressive debut CD ripe for pickup by a major label.”

Listen.com”Dramatic, epic arrangements of reverb-drenched acoustic guitars, spacey keyboards, and patient mid-tempos accompany lush, expressive female vocals and harmonies. Something you might hear on the second stage at Lilith Fair, if there was one.”