These are the coolest and best guitar straps I’ve been able to find, especially if you play heavy basses or guitars. The two ends are constructed of the typical webbed strap with leather ends, so there’s nothing too special about them – it’s the middle of the strap that makes all the difference. The middle uses a thick swath of neoprene (the stuff of wetsuits) but its inherent “bounciness” is tempered by its attachment to a fixed-length strap of webbing. So it has a little bounce, but not too much. Having just enough shock absorption makes it comfortable; it makes heavy basses and guitars seem lighter. But by controlling the stretch factor, it doesn’t bounce all over the place – your instrument stays where it belongs. The neoprene also has enough friction against most clothes to keep it from sliding; so the Comfort Strapp is the most controlled, best strap I’ve tried.

Read more about them at Comfortstrapp.com.

Note: I am not a paid endorser of Comfort Strapp. 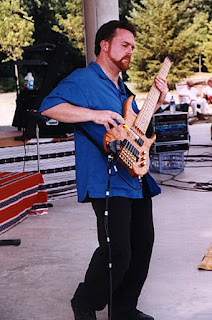 The bass shown in the photo to the right has been my main axe for almost 12 years now. It’s a pretty amazing instrument, with lots of unique features that make it the most gig-worthy and the best-sounding bass I’ve ever encountered.

My 6-string fretted GTB 356 Model was made by a US-based company called PBC that was located in Coopersburg, PA – they’re no longer in business, but the basses are still made by Dave Bunker in Washington State. When I decided that a 6-string bass was going to be a necessity for Second Story, writing partner Scott and I took a trip up to PBC’s factory store to check out their basses and manufacturing facility. (We had seen a couple of their basses and even talked to a rep at one of our local music stores.)

When we got there, they had a showroom full of basses – and LOTS of them were sixers. I picked up at least half a dozen while we were there, and they were quite nice; well-appointed, and very nicely finished (most, including my bass, have AAAA-grade flame-maple tops or better.) When I came across the bass I eventually bought, I knew instantly that it was the instrument I had to buy – it practically melted into my fingers. 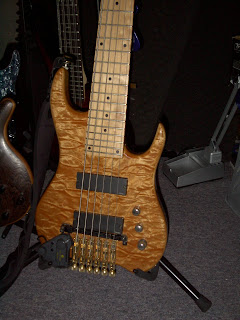 There are some instruments that you just KNOW were made for you, and this bass was one of them. While I was “cashing out” the bass, the guy also confided in me that the bass was originally built specifically for Allen Woody; but when he came to get it, a new model caught his eye and he took one of those instead.

All I know is: the bass is awesome.

The Tension-free neck is the most interesting special feature on this bass. Rather than a traditional truss rod, the maple neck has a pair of channels routed through it; within these cavities lie two cold-rolled steel bars. All of the tension that the strings impart on the neck assembly are carried by the bars – not the wood. The manufacturers claim that this eliminates dead-spots, and allows for excellent adjustability and durability. All I can say is that the bass plays like buttah, and from the low B on the bottom string to the very highest notes up the C-string the bass has a balanced, even sound – octave to octave, string to string.

The other innovation is the high-mass bridge system; there’s actually a separate through-body bridge assembly – made of bell brass – for each string, which ties into the massive tone plate on the back surface of the bass. It makes for a bit of added weight, to be sure – this bass is no lightweight – but it creates the ability for amazing sustain; and since each string has its own bridge, multiple notes played simultaneously ring out and sustain just as well as single notes do. There’s just a tremendous amount of clarity and focus to the bass. It… just… sings.

Of course, visually the bass is striking – with its no-headstock design and very beautiful bookmatched top. And the headless design makes for some great ergonomic advantages as well. Firstly, the balance on this bass is amazing – where most six strings “neck-dive” because of the weight of all those tuners on the end of the neck, this bass just “hangs” in playing position with no effort. Also, not having a huge headstock makes the bass a lot more compact, which is valuable on the many crowded stages I’ve played on – I never accidentally whacked my singer in the head (though I thought about doing it on purpose more than a few times). And it makes for a smaller case, which is nice.

Clearly, I can talk a lot about this bass and go on forever. The maker is relatively unknown, but I’m a big fan and will hang onto this bass forever!

These are some of my favorite toys. Originally developed by Tony Levin and his bass tech, based on an idea that Peter Gabriel suggested – I believe the story went something like this: When they were rehearsing or recording one of Gabriel’s tunes, to get a percussive sound, Tony was whacking his bass with a spare drumstick. Peter said, “Why not attach the sticks to your fingers? The result was this:

For a brief time, Tony actually had a bunch of sets made, and sold them on his website. I was lucky enough to grab a few sets for myself when they were there, since he no longer produces them. As a result, he gives his permission to recreate them yourself for personal use – but mandates that you cannot mass produce or sell them for profit (I think he owns a patent for them). I’ve since seen original pairs of the ones he produced sell on eBay for over $100 (which is ridiculous since they should be easy enough to make for yourself.)

I actually got pretty good at using them; I performed with them regularly in live concerts and bar gigs with Second Story – as well as recorded two of the songs for the second album using them (“Dancing on the Hill” and “Abducted”). I hope to soon have some video available of them in action.

But they’re neat, very cool, and they never failed to get a reaction from the crowd when I started smacking my bass with them. And they can provide an ultra-percussive bass sound that just can’t be matched with the thumb alone.

Here’s a clip from the studio (pre-vocals) of “Dancing on the Hill,” which features me playing the Funk Fingers through a distorted amp.

And here’s a sound clip, from a live performance with Second Story 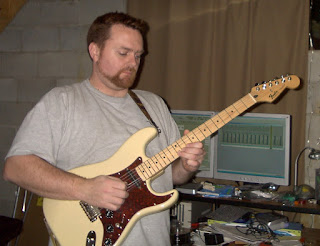 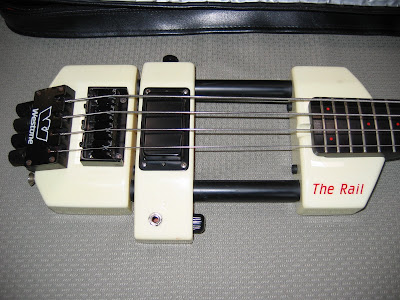 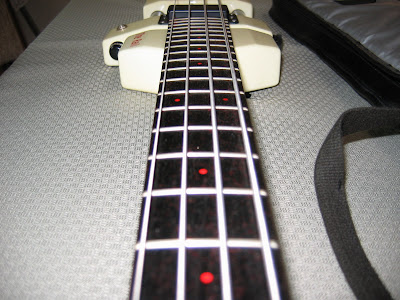 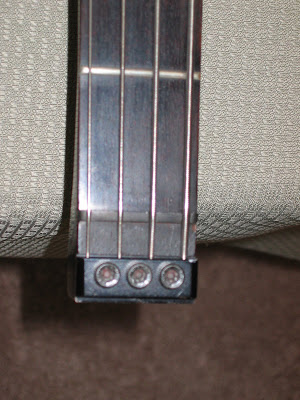 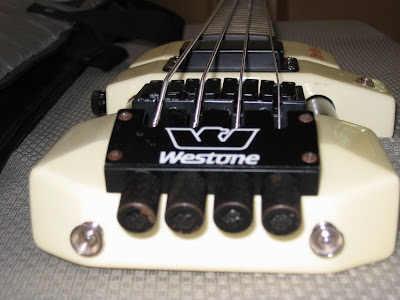 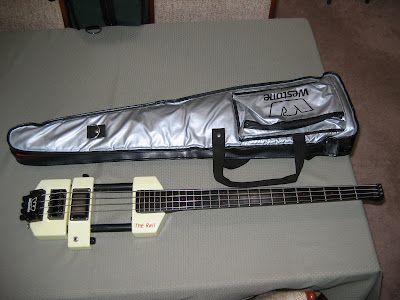